Clues your Past Life is Leaking into your Current Life

Here are clues that one your past lives is leaking into your current life. Read this list and see what resonates with you:

A few things may have immediately come to your mind.

Now then … what do you do with this information? 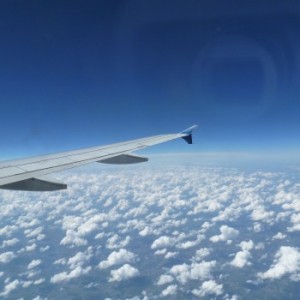 You could try regular counseling. That could take years and you may get nowhere. Alternatively, you could try a past life regression. Sometimes only one session is enough to remember that one past lifetime that has trickled into your life now. If it is a fear, you can dispel it. If it is a fondness, you can learn where that came from and no doubt, the time period you are attracted to coincides as well.

For me, I have always loved Paris. I love the language. I love the Eiffel Tower (I have a collection). I also had a very nice life in France once – back in 1795. In that lifetime, however, my corset got the best of me by causing my death. Now that I think about it, I have never tried on a corset is this lifetime. I have looked at them. I like them – they are pretty and sexy. I thought about trying on a corset. I almost did a few times, but each time I wondered, “Why on Earth would someone want to stuff themselves in something so tight?” and did not. By remembering one past lifetime, I understood why I love Paris and why I had this antagonistic view of the corset. It is interesting to learn what makes you tick.

What came to your mind?

Do you want to know more? http://karenkubicko.com/

www.KarenKubicko.com I found my joy in studying and participating in past life regressions. Ask me any question on past life regression and I will blog the answer. By re-experiencing my own personal past lives, I’ve learned a great deal about myself on multiple levels. I have remembered nearly forty past lives. Through total immersion into each memory, I have released a variety of unfounded fears, explained relationships, alleviated health issues, reawakened psychic talents and explained my fondness of certain time periods and geographic locations. When you personally remember a past life, you can heal yourself of health issues and phobias. Do you have any unfounded fears or phobias in your life? Do you have a nagging health issue? Are these issues unfounded in your current lifetime? Think about it. In my book, Life Is Just Another Class – One Soul’s Journey Through Past Life Regression, I share some of these lifetimes with you, in hopes that I will inspire and excite you to take your own spiritual journey. It is available on Amazon and at Barnes & Noble. We experience several lives here on Earth to learn and to grow. I invite you to embrace this classroom we call Earth and get to know why you are truly here in this lifetime. xoxox Karen
View all posts by Karen Kubicko →
This entry was posted in Books, Inspiration, Law of Attraction, Life, Metaphysical, New Age, Past Life, Philosophy, Regression, Reincarnation, Spirituality, Writing and tagged books, hypnosis, Inspiration, Law of Attraction, life, Love, metaphysical, new age, past life, regression, reincarnation, Spirituality. Bookmark the permalink.